It’s my second week here at CubeSocial, and the main thing I’ve learnt so far is the value of Twitter. At first I was hesitant; having noted the similarity between 140-character Tweets and Facebook’s status box, Twitter just seemed like a stripped-down version of Facebook. I was failing to see Twitter’s potential.

On Facebook people place importance on quantity of friends. People have friends numbering into the hundreds, yet only speak to several dozen at most.

On Twitter following can be one-way. To build a large following you have to Tweet things that are interesting and of value. If you follow many people but are being followed by few it looks bad because the number of followers you have is an indicator of how interesting you are.

Facebook is often called The House Party, whilst Twitter is The Cocktail Party. Talk on Facebook is mostly casual and often of little wider relevance (‘drank so much I woke up in a bin lol’). Twitter talk is about news, views, networking, and the occasional piece of self-promotion. It’s not all dry though – it is a party after all.

When you ‘come home’ from the Twitter party, you go to bed with a head full of ideas and opportunities. When you ‘get in’ from Facebook, you go to bed because you can’t stand up any longer without your eyes falling out.

Twitter feels like you’re part of something. Everyone is very welcoming, and I was soon Tweeting with confidence. Linda gave me a few virtual introductions to get some conversation moving, and then I was off on my own.

The terminology alone makes you feel a part of something more connected and with more community spirit than Facebook. Facebook’s generic terms, such as friends and likes, get the job done, but when you’re on the Twitterverse, with Tweeps, you feel that you belong to something special.

On Twitter, you get a great sense of relevance. People ReTweet things that have been said that are interesting or important. Whether it’s a piece of breaking news, an interesting and relevant blog post, or an amusing quote – things get spread around Twitter fast.

On Twitter you can build a reputation. Facebook is about staying connected with people you already know. Twitter is about networking, and people recommend each other all the time. ‘@X, have you met @Y? You might find her knowledge of Z useful.’ Mention people in your Tweets and they’ll pick up on it and reply to you. Include links to things you find interesting, and others who find the link interesting join the conversation and widen it by sharing the link with their followers. You never know, one day soon you could be @Y, being introduced to @X because of your reputation for being an expert on Z! 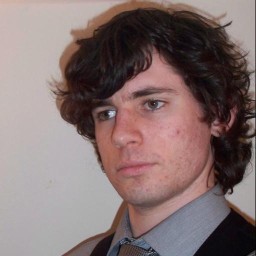