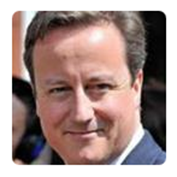 Nine months after @David_Cameron joined, and was verified by, Twitter, the first tweet from the account was sent this weekend (a few minutes before 6pm, on Saturday 6th October).

The first tweet made reference to a radio interview in 2009 in which Cameron was asked for his views on Twitter. Cameron used bad language in his response and had to subsequently apologise for his choice of words. I was curious about the timing, as I had been surprised to learn just a few days before that Maria Miller, who wasn’t on any social media when we’d met at the Basingstoke Business Leaders’ Forum, had also started tweeting.

Curiosity about timing aside, my first thoughts were mostly positive – it was about time (many other world leaders are on Twitter and Cameron is the 370th UK MP on the platform), it could provide some interesting insights and exchanges, and the opening tweet suggested that the account would have some personality. 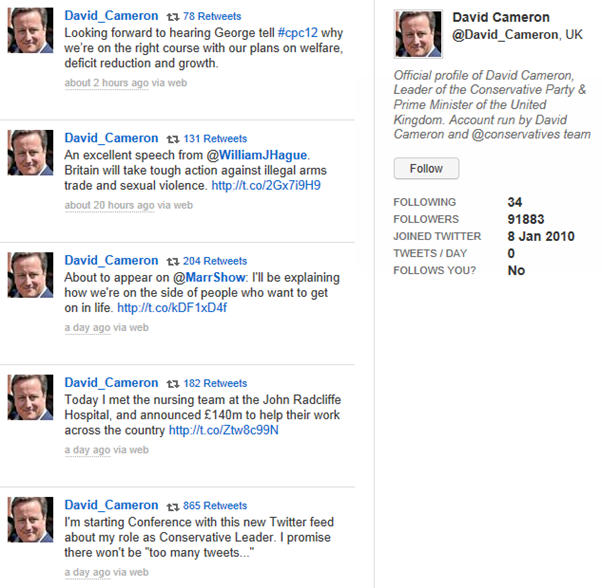 The tweets have been written in the first person, but with very little sense of them being personal. It’s social media. Yes, the account needs to be professional. But being professional is not mutually exclusive with being personable and having a personality.

Three of the tweets included links to carefully staged/managed photos, which jarred in their formality. They provided a poor contrast to How Jonathan Ross helped me see the business value of Twitter through his informal photos, and emphasised the extent of the gap with regards to engagement and advocacy.

Perhaps Cameron and @conservatives team should ask @Wossy for lessons?!